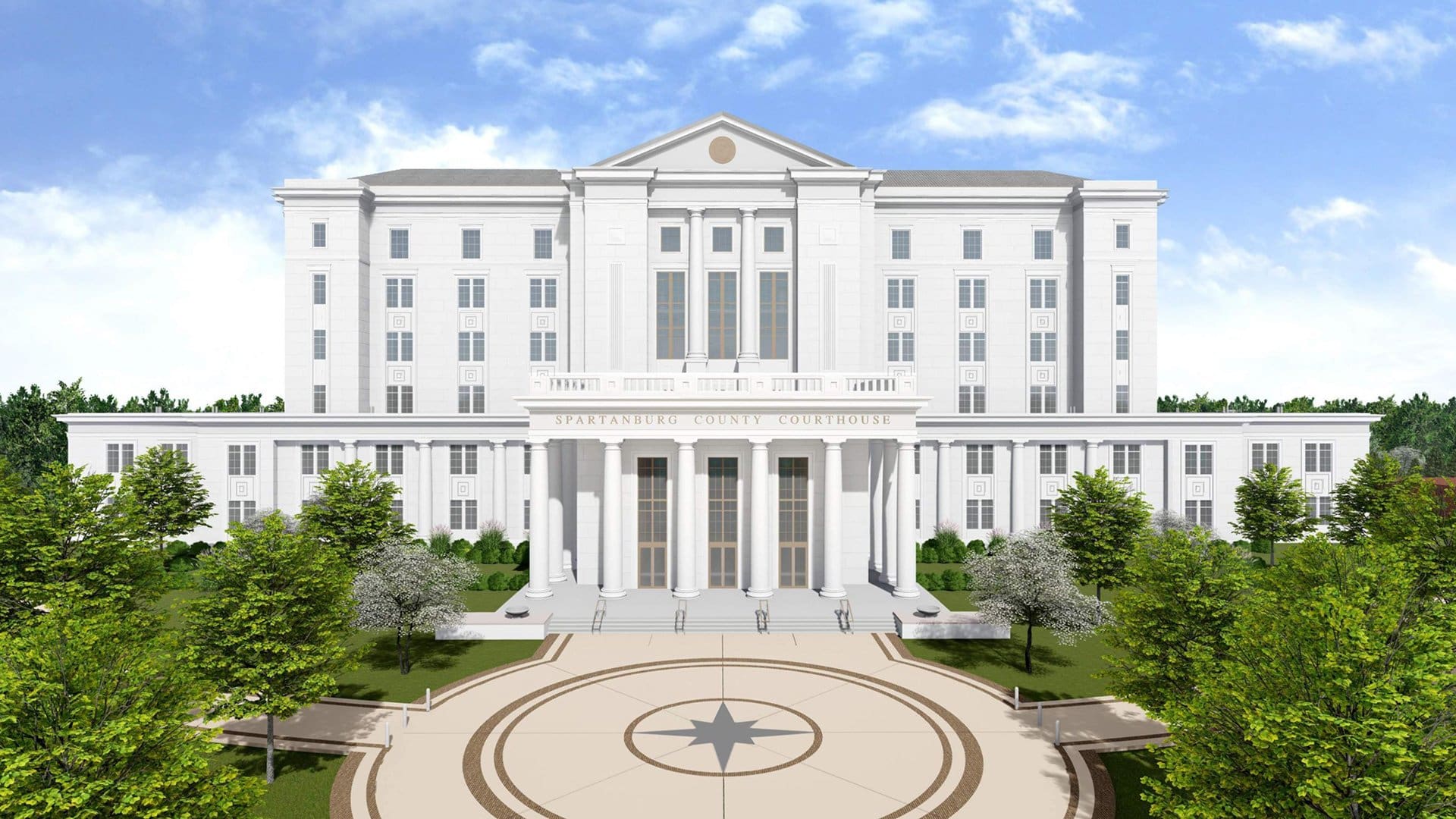 In association with Stevens & Wilkinson and Justice Planning Associates

Major progress is being made on the new Spartanburg County Judicial Center! The new facility, which will replace the existing 62-year-old courthouse will be a major landmark for downtown. The project is comprised of several buildings over a phased design and construction schedule. The new Judicial Center is designed to approximately 340,000 SF and contains 16 courtrooms to serve the Circuit, Family, Probate, and Magistrate Courts. In addition, area is provided for the various Clerk functions; Sheriff security and holding spaces; office space for the Solicitor, Public Defender, Probation, Juvenile Justice, and Guardian ad Litem; and other ancillary support components. The building will be constructed on the same site as the existing Judicial Center and the existing center will remain operational during construction of the new facility. Once the new facility is completed and occupied, the former will be demolished. A secure judicial parking area for approximately 30 vehicles will also be provided, as well as a parking garage for public and staff that has been preliminary estimated to include 650 spaces.

The new building will resolve the challenges the current courthouse experiences regarding security, technology, and building systems, and a completely re-configured floor plate will properly accommodate all functions and departments listed above. Design is currently in the late phases with construction slated for 2021.

Check back for more updates on this exciting and transformational project for Spartanburg County.

← Progress at New Transloading Distribution Facility Walterboro Wildlife Center Complete and Open for Socially-Distanced Visits →
© 2021 McMillan Pazdan Smith Architecture
This site uses cookies to enhance your user experience. By using our site, you accept our use of cookies.
Do not sell my personal information. Privacy Policy.
Cookie settingsACCEPT
Manage consent