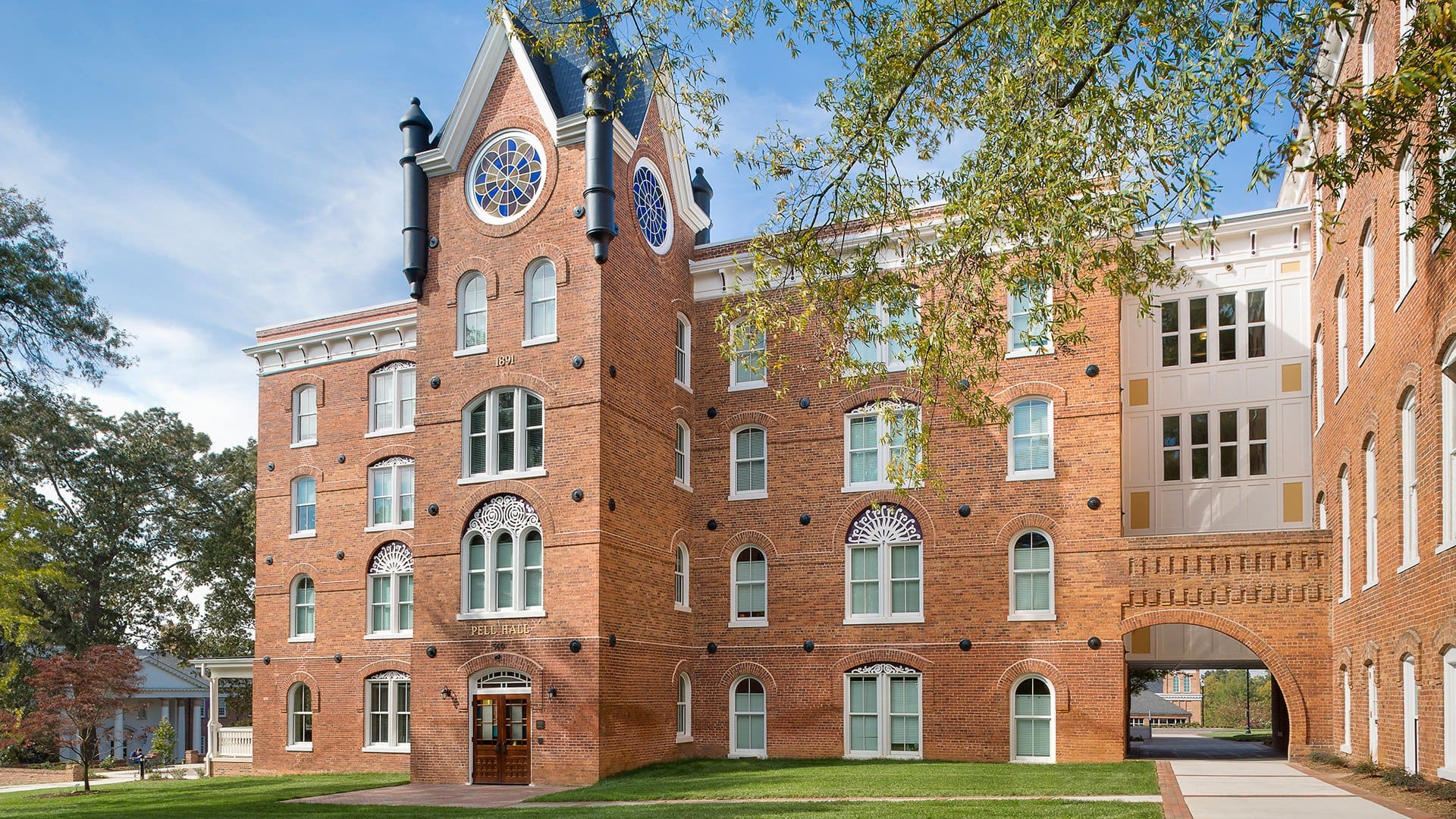 Converse College’s Pell Hall, one of Spartanburg’s oldest buildings, was named the winner of a 2015 Honor Award by the Palmetto Trust for Historic Preservation.

Working closely with the college’s archivist, the design team used photographs of Pell to establish a pictorial timeline of the building’s exterior appearance. This enabled the team to recreate the exterior’s lost elements, including the window muntin patterns and the original tower entrance stained glass door and transom. A stained glass restoration expert assisted in restoring the stained glass rose windows in the building’s central tower to their original condition.

Removing sheet rock panels exposed original brick archways and original beaded wainscoting, both of which were repaired and incorporated into the final design. Throughout the building the original wide-plank, heart pine flooring was repaired and refinished after years spent under carpet. In the stairwell, the 1891 wooden hand rail and balustrade were restored and reused, replacing missing elements to match the originals.

To accommodate modern students, the team carefully blended an updated floor plan into the historic fabric of the building, including residence hall rooms, a media room, a seminar room and study areas.

← Glass: Cracking the Technical Terminology Upward Star Center: From the Ground Up →
© 2021 McMillan Pazdan Smith Architecture
This site uses cookies to enhance your user experience. By using our site, you accept our use of cookies.
Do not sell my personal information. Privacy Policy.
Cookie settingsACCEPT
Manage consent