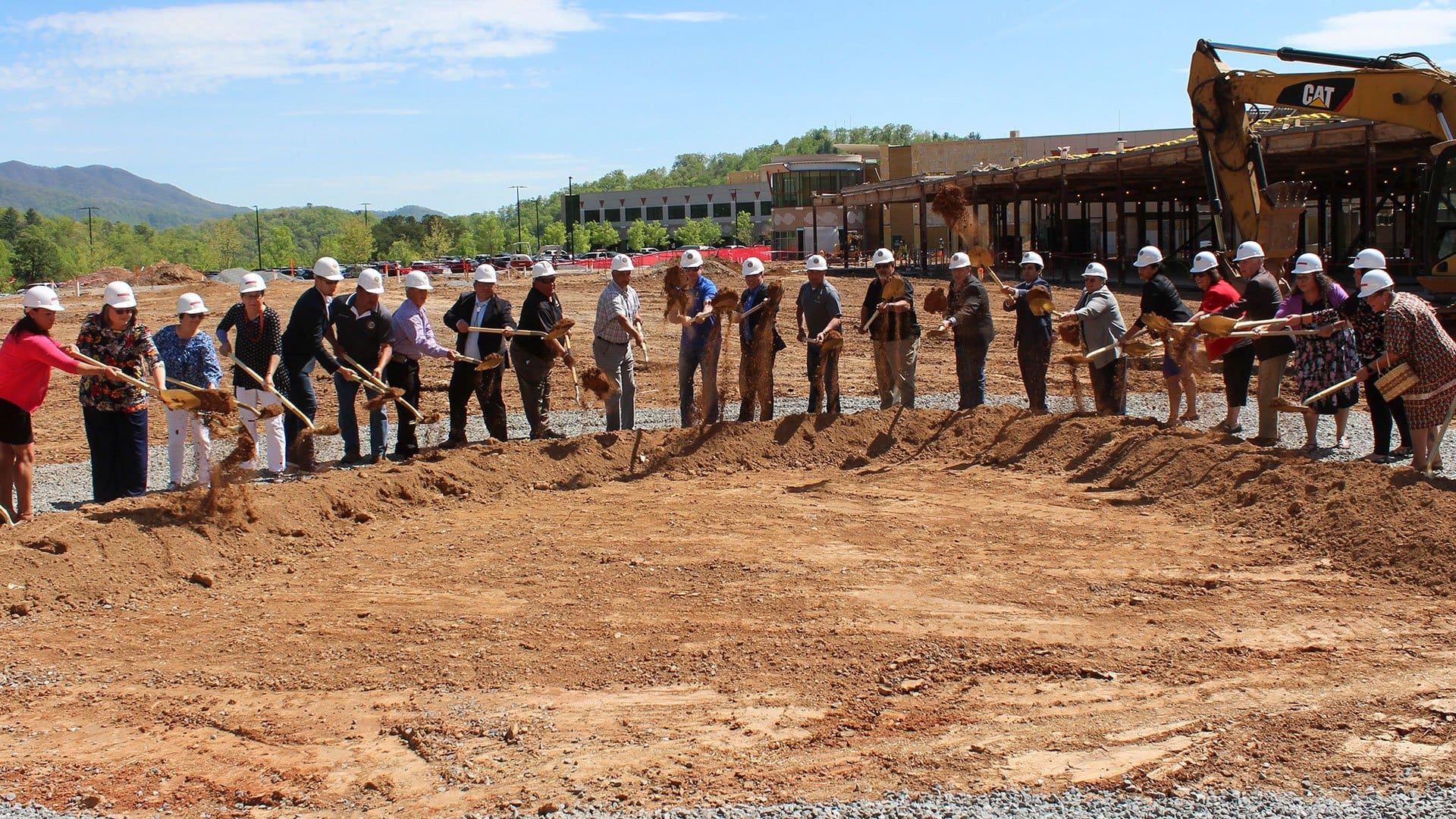 Photo by: JONAH LOSSIAH / One Feather

“It is often said that the true measure of any nation can be found in how it cares for its most vulnerable people. The Eastern Band is a great nation; one that demonstrates its greatness not through its economic prosperity but rather through its commitment to its weak and voiceless.” – Carmaleta Monteith, Cherokee Indian Hospital Authority Governing Board chairperson.

Statements like Chairperson Monteith’s get straight to the heart of why we design projects like this. It was an honor to join the hospital’s Governing Board and Leaders of the Eastern Band of Cherokee Indians at last week’s groundbreaking ceremony for the new Crisis Stabilization Unit.